One of my tasks from the previous quarter was to introduce Android App Bundle in order to reduce both Mercari download and installation sizes. It was pretty easy and a huge success: Play Store indicates that APKs generated from your app bundle are 44.0% smaller in comparison to the original APK.

But the main issues appeared when I tried to test the first release and, later on, introduce it in day to day workflow: we’re using a mix of Deploygate and internal tooling in order to QA our changes before releasing to the Play Store. The new Internal app sharing is supposed to help but we cannot change workflows used by so many people in the company that easily.

I decided to continue promoting APK usage internally. After all, the Android Studio workflow was gracefully supporting the dynamic feature module, and the app runner gave the false impression that assemble tasks (like app:assembleDebug) were including dynamic feature modules with onDemand=false. This was wrong!.

This post is a summary of my experiments in order to use AAB and APK with onDemand=false dynamic feature modules. 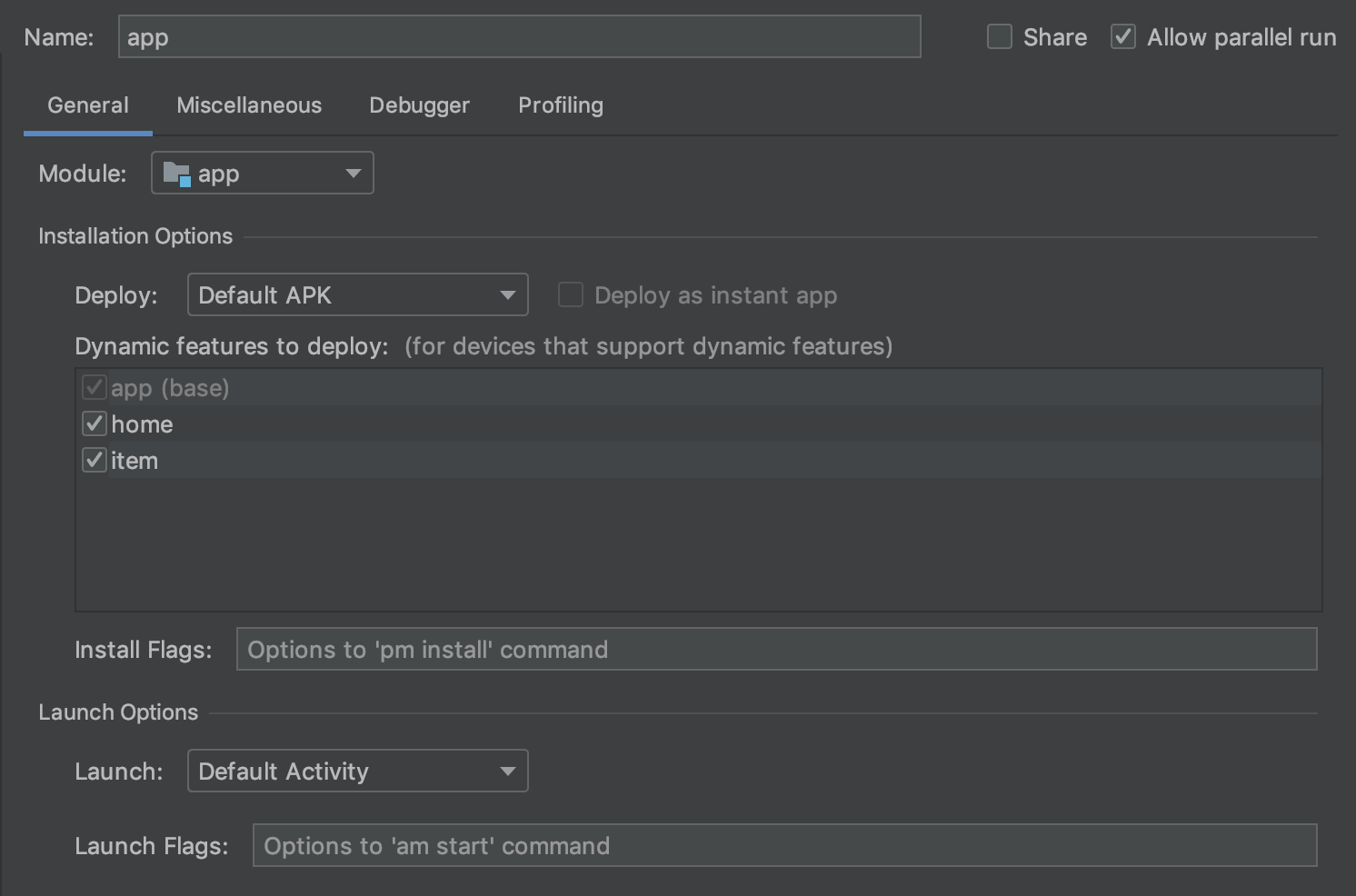 App runner was definitely too complex to just be a wrapper of assembleDebug.

In order to understand the solution, we need to understand what’s a universal APK and how it compares to the traditional APK we have used so far.

First of all, Android App Bundle is implemented by bundletool, a Java based library/CLI open source project that mimics the process an AAB goes through when it’s uploaded to the Play Store. Main commands are:

Pretty easy. Just generate an AAB from Gradle and use bundletool to target a specific device.

🚨 bundleDebug output changed between AGP 3.4.2 and 3.5.0, app.aab was renamed app-debug.apk (for debug), following the same naming as assemble tasks.

But what about distributing your recent changes to your QA team or any non Android developer? Should you run bundletool for every device and distribute 10 APKs? Not so easy in the end…

It’s for this purpose that bundletool also allows us to create a universal APK, installable on any device. I found this script which will create this APK from an AAB file, thanks to the specific (undocumented?) –mode=universal flag. But we do have to install bundletool on each developer machine + CI + working outside Gradle is not really what I was expecting from official tooling.

It was a good opportunity for some open source development.

Bundletool being a Java based tool, I decided to create a Universal APK Gradle Plugin allowing us to:

But while facing some conflicts when upgrading Android Gradle Plugin version, I realized bundletool was also included as a AGP dependency. For example AGP 3.5.0 depends on bundletool 0.9.0. And each update was coming with breaking changes. At some point I had to explore AGP sources and so, realized that I just recreated what was already available in Android Gradle Plugin:

In other words, tasks like packageDebugUniversalApk avoid installing/managing bundletool and its complicated setup, exposing similar output like assemble tasks and so are easy to integrate in your daily workflow. Output for debug is app/build/outputs/universal_apk/debug/app-debug-universal.apk. For release it can be universal_apk/release/app-release-universal.apk or app-release-universal-unsigned.apk if no signingConfig was set up.

Considering the huge benefits it offers for a few changes in your CI setup, Android App Bundle cannot be ignored anymore.

Universal APK Gradle Plugin was, in the end, useless but it was a good opportunity to learn about Gradle Plugin development + bundletool and AGP internals. Feel free to read the source code and use the samples folder in order to try the commands described in this post.