(Thx to @CaunterEmma for proofreading)

As you’ve probably noticed, the switch between your dear Android Studio and your terminal is not without some latency / weird error messages about some Gradle daemons that could not be reused.

That’s convenient for sure, but it’s not something your Gradle project is aware of and so, if you’re trying to use Gradle without Android Studio’s help, you will probably fallback to your default system JDK, which is not the one that Android Studio is using.

But why should you care? The Gradle daemon is one of the key features in order to speed up your builds and so, not using it efficiently can damage your day to day productivity.

Let’s see quickly how to fix this issue, either in your terminal or by leveraging one of Android Studio’s hidden gems.

Use the same JDK in your terminal

This fix is easy: just set your JAVA_HOME to the one bundled with the Android Studio you’re using.

But if you’re using the awesome Jetbrains Toolbox to manage multiple installations, things will be a little more complicated because all IDEs are stored in ~/Library/Application Support/JetBrains/Toolbox/apps. I wrote a script detecting all Android Studio installations but clearly, it’s not what we can define as an easy solution.

That’s why ideally staying in Android Studio would be more convenient, so let’s see what’s available in order to run arbitrary commands.

Android Studio provides a Gradle helper, which can be used to discover and run commands directly from your IDE: 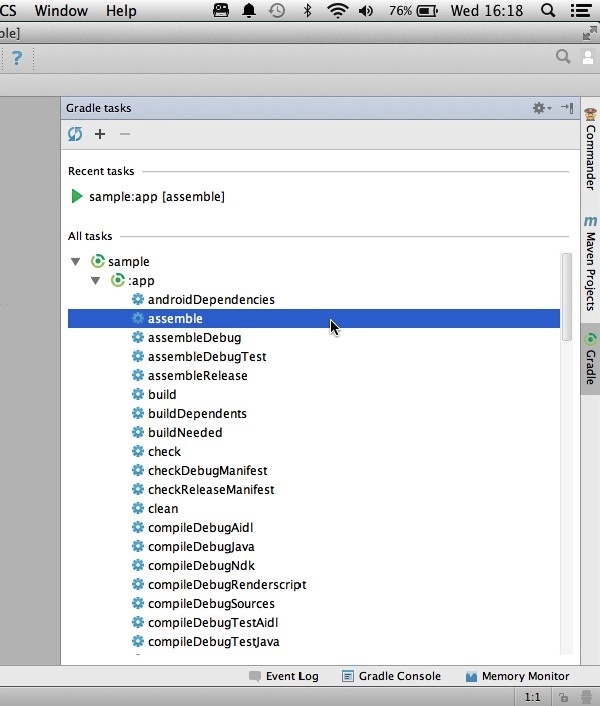 It’s a convenient tool for beginners, but if you already know which command you’re looking for, you need to find it in one of these folders, and it requires several clicks before finding your command, if it’s not lost in the middle of 1000 other ones…

Luckily there’s a way to run any command, just by entering its name, using only your keyboard. It relies on IntelliJ’s ability to assign a custom shortcut to any available action.

First use Command + Shift + A (on OSX) to search for the Execute Gradle Task action:

Now press ⌥ + enter (on OSX) to assign your own custom shortcut (I chose ⌥ + G). 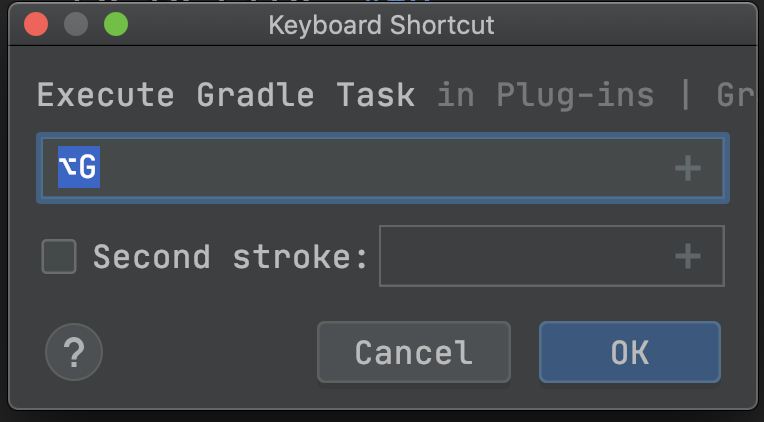 And now try your new shortcut to execute any command, with the option to run it for all modules or the one you prefer, and without leaving Android Studio and overriding your terminal 🙌